The cavalry save the day.

21. August 2017Blogs INTComments: 0
Now I’m not touching the Confederate statue thing going on in the U.S. with a barge pole so lets get that straight right from the start. I have my views but this isn’t the place to air them.
So, that aside I have been indulging in some 15mm ACW painting, in this instance cavalry. Neither side had any to speak of and as I have figures lying around, actually two boxes of Mini Figs and I think Peter Pig (or maybe Essex) given to me by Tom bless his heart, I thought that they would give a game something different. Not the greatest of figures but they will do, now it has to be said that any cavalry with the capability to dismount will take a bit of effort to paint up but I think these will be worth it. 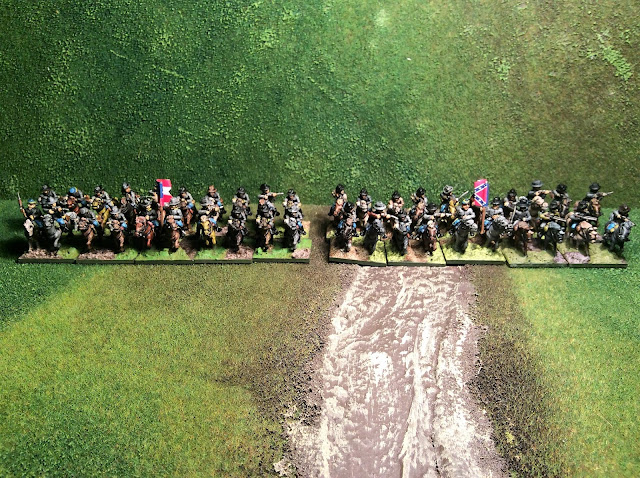 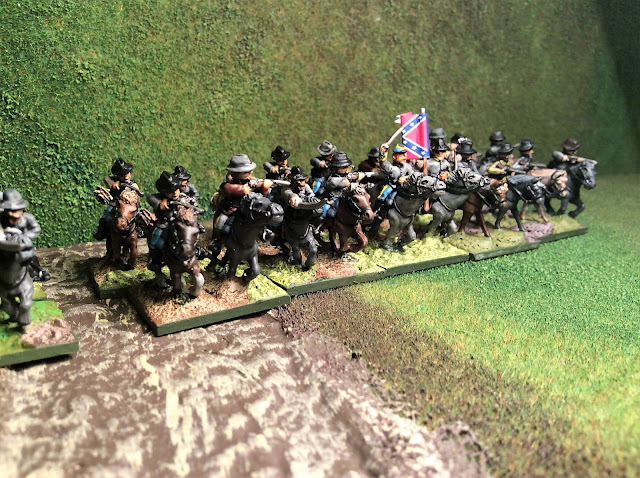 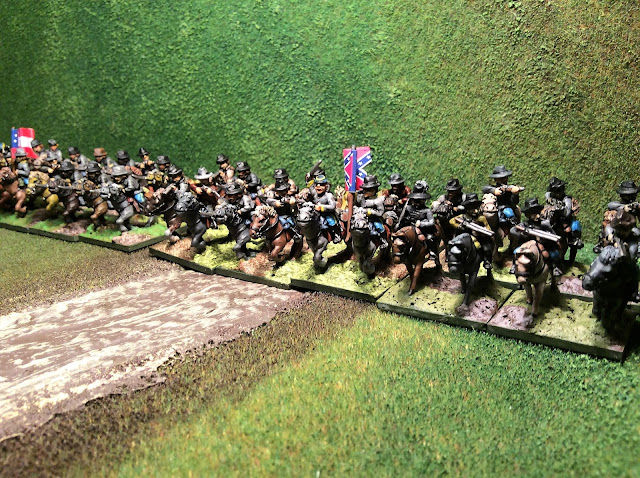 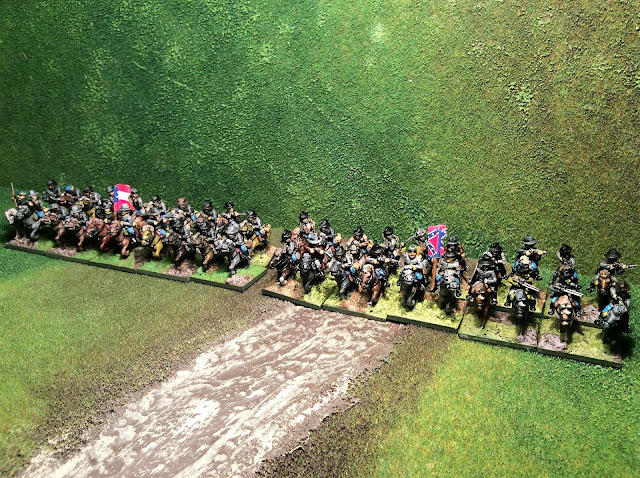 The dismounted figures and horse holders: 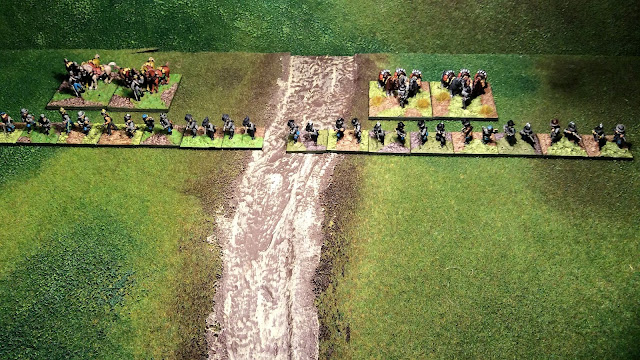 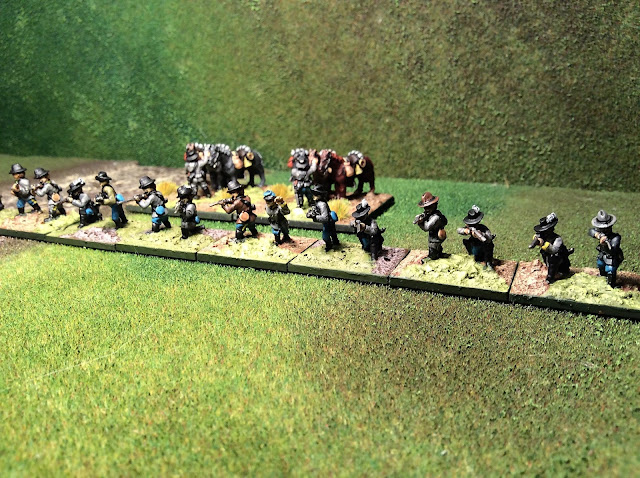 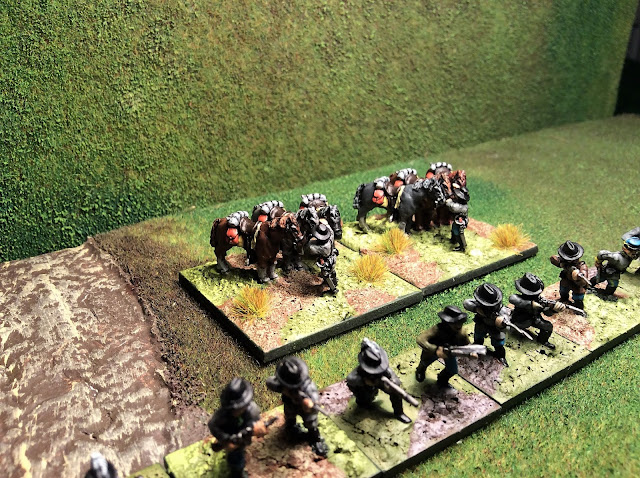 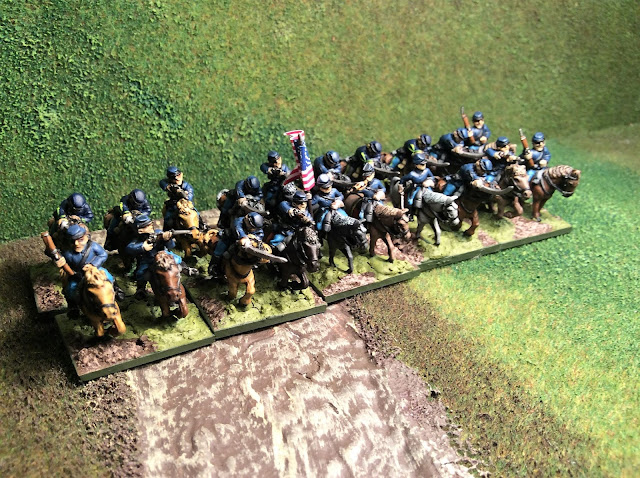 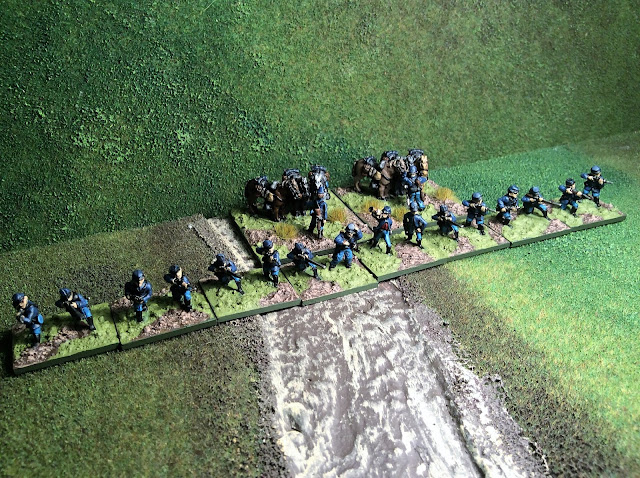 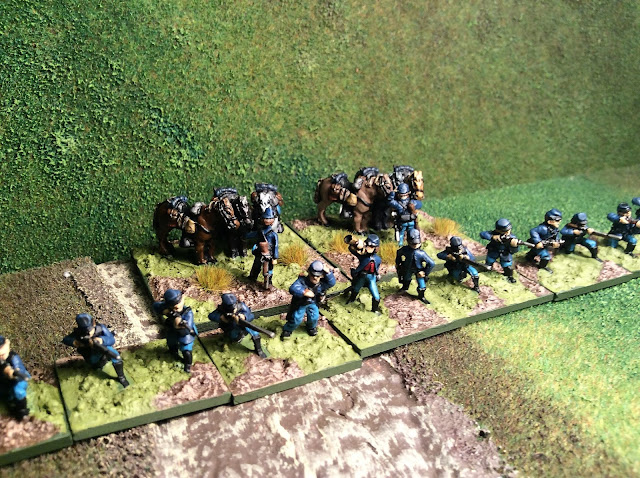 I would like to add to the Union, maybe another regiment at least with artillery support as well but a good start has been made.
If anyone is remotely interested I am making some progress at re-doing the various photos on the blog after those rip off merchants (I wont even mention their name) decided to charge people money for third party postings. It is taking a while but I will get there. So all postings up to and including 15mm SYW now have their pictures back on (for the categories click on what you want just under the large picture of Napoleon).
Dave.