6. September 2017Blogs DEComments: 0
As usual when I start an Army, it doesn´t take long until I start a second faction to provide enough figures to play a game even if my gaming compagnions cannot field their own minis.

With my recent Fire and Sword adventure, I´ve decided to add a tiny Swedish Force – though I tried to cheat a little by making the Reiter units suitable both for Russian and Swedish Service.

This way, I only had to paint a few bases of Dragoons/Musketeers and a Command Unit. For a Start, the Reiter squadrons would be dual-use for my Muskovites as well as Swedish Service.

Here are the Dragoons: 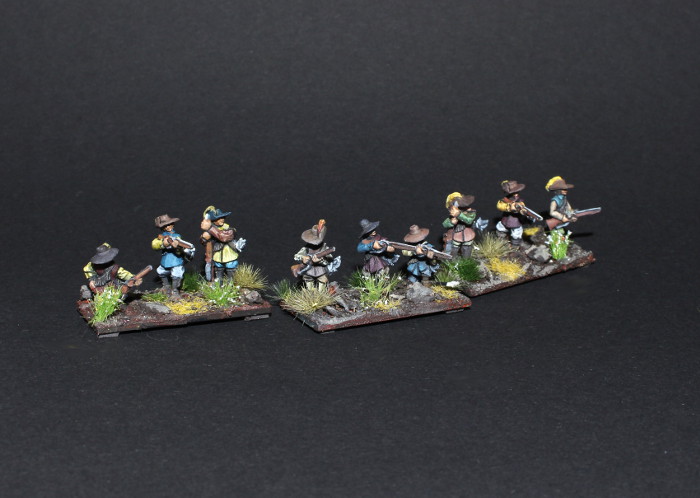 The Swedish Commander – I have to work some more on th Banner, it´s a freehand design and needs a bit more shading and highlighting. I´m going to rework it as some point once the Command Unit has earned some renown. 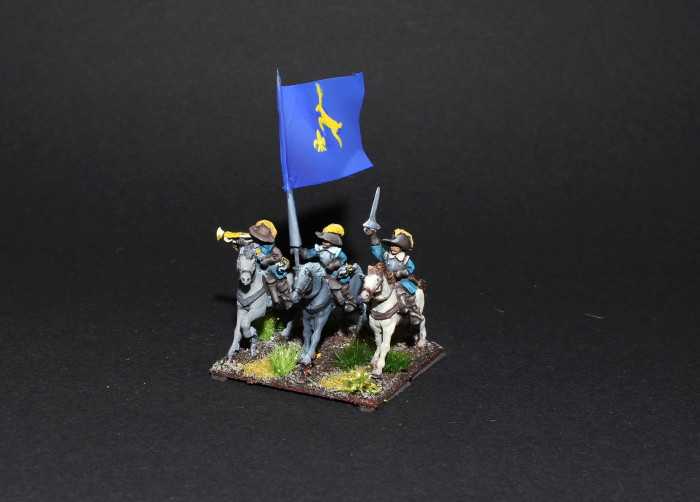 And finally, two Bases of Reiters.  I added some beards and painted the coats in colors that would be suitable for my Muskovite Force a well.  The Swedes will get some dedicated units later, right now flexibility and economy is important as I am trying to paint them to a nice standard. 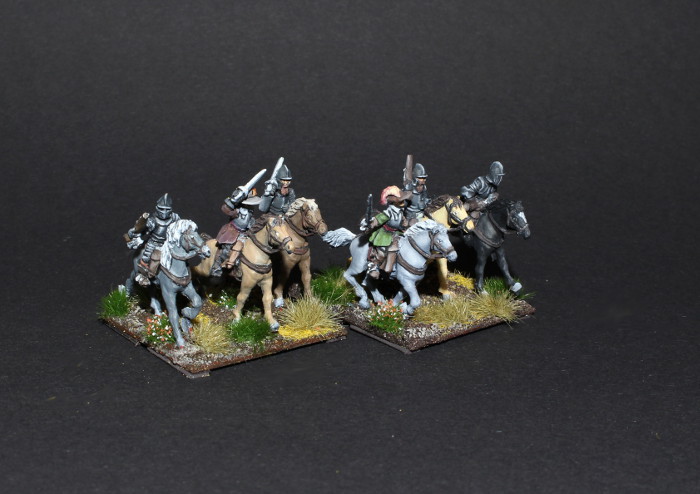