1. Juni 2019Blogs INTComments: 0
After the ambush at the pipeline Lydia Head of Security for the Visitors in Africa is visiting one of the local warlords and opponent of  „legs“ to negotiate a contract to patrol and defend the pipeline. She has a substantial bribe and contracts guaranteeing a stake in the pipeline venture once peace returns to the region. 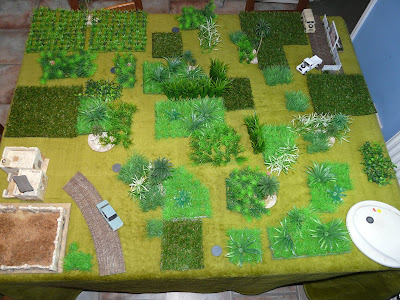 Unfortunately Louis „Legs“ Akimbo and his Militia has become aware of these negotiations and has spent some time preparing an ambush to stop them. They are particularly eager to get their hands on Lydia and her briefcase – they can use the money to hire more gunmen and the contracts will prove the Visitors are not to be trusted which will fuel even more resentment and jealousy between Zikinga’s ever-feuding clans. 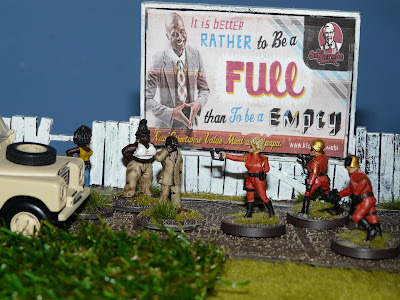 The ambush involves pre-placed IEDs that destroy the Visitors vehicles and leaves them stranded in the middle of bush. Once the IEDs are detonated, the Warlord Charity Nsithlan and his men will head for home and offer no assistance to the Visitors – if there’s no bribe money, there’s no point in aiding the infidels, after all.

Nsithlan is a man who knows no charity……
Despite their hugh advances in technology the alien coms are knocked out in the fight so no reinforcements are likely. The team’s only hope is to defeat the ambushers and find some way to get out of the region and formulate a plan. 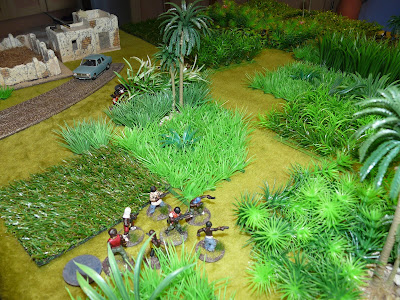 Visitor Mission Objective.
Defend their leader at all costs and find a building to use as a strongpoint from which to organize an escape from the region.

Insurgent Mission Objective.
Capture Lydia and kill or capture any other Visitors. 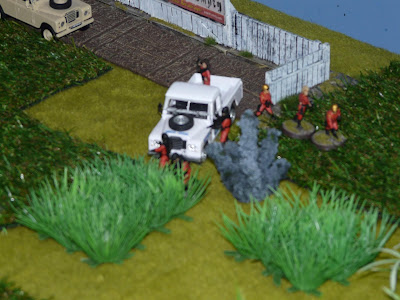 Before Lydia could organise a defence the RPG rounds started to land amongst the Visitor ranks. 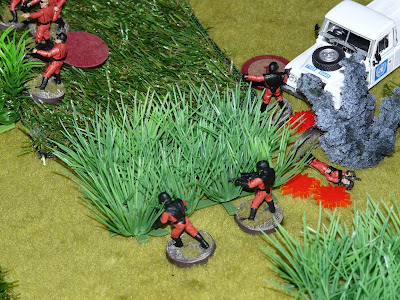 The Visitors scramble for cover as the High Explosive fall amongst their ranks knocking Diana off her feet before she has a chance to take cover. 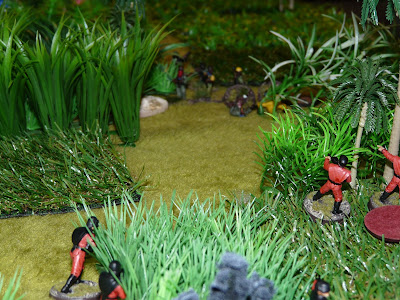 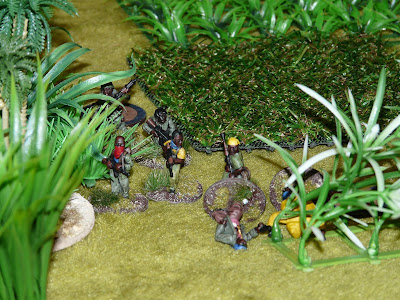 The militia break cover and pour fire into the aliens small arms fire rips through the tall grass. 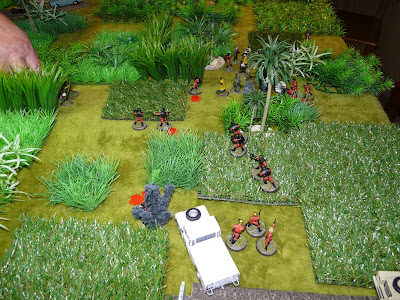 The Visitors are caught on two flanks but they are starting to thin the ranks of the Militia as they rush forwards to engage with the out of world invaders. 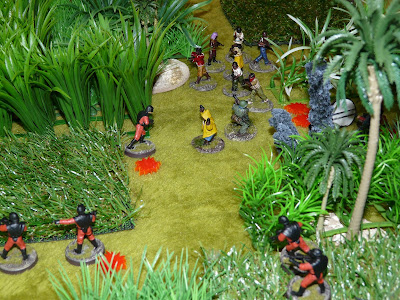 The rag tag bunch of militia rush forward inflicting several wounds on the defenders but before they can close with the Visitors and press their advantage they are cut down by the Visitors laser rifles. 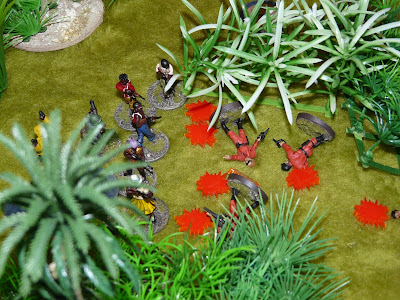 A second group of Militia break cover and catch the Alien engineers in the flank before they can defend themselves. So much for the curse of freshly painted figures 🙂 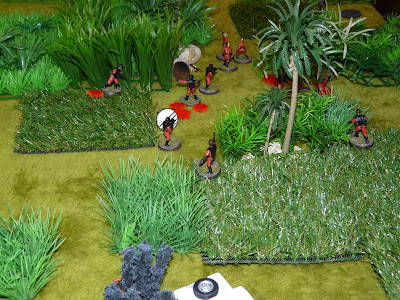 However there victory was short lived and the militia in their fancy dress as killed opening the way for the Visitors to slip away but they had taken losses and were not out of danger yet.

Stay tuned for round two to see if Lydia can make it through the night.
The Visitors have lost 4 of their number and Legs has additional reinforcements flooding the area.