22. November 2018Blogs INTComments: 0
Enjoying a day off from work thanks to Turkey Day. While my wife was doing the cooking, I managed to finish up the unit of Greek Archers which will support the Epirote Warband being built for Elephants Rampant. Next up will be Greek Light Cavalry. 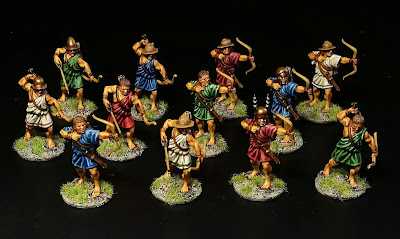 The figures in two bodies types. One pose allows the right arm to either draw an arrow from the quiver worn on the back or holding an arrow in a down position. The other pose has the right arm already molded onto the body as if drawing an arrow to fire – which looks sort of odd as there isn’t an arrow fitted to the drawn bow. 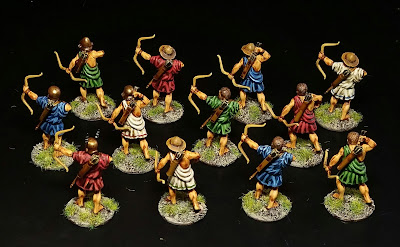 I used four basic colors for the tunics – and added hem stripes to the white one. The tunics have nicely sculpted folds for highlight. Helmeted heads from the Light Cavalry and Samnite sets were used on some of them. 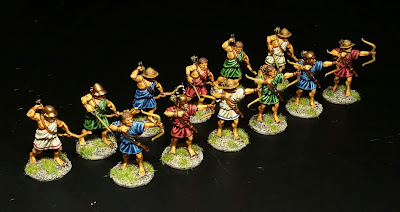 This unit completes the foot troops for the warband which will also have a unit of cavalry and an elephant (one of the Aventine elies I already have).

Instead of the traditional turkey, we decided on Dungeness crab and tempura – shrimp and sweet potato. 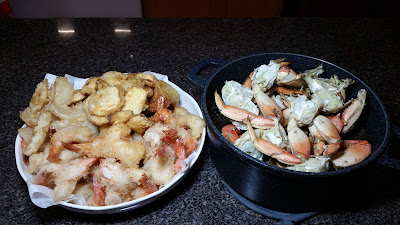