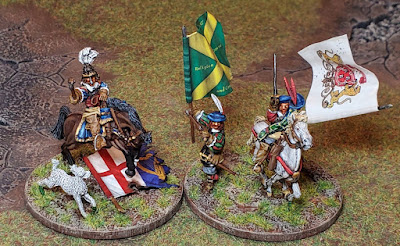 A couple more ECW command stands. Prince Rupert with his faithful dog Boye and a Scots Covenanter officer with standard bears on foot.

Warlord Games ECW flag sheets come with „battle-damaged“ ones, so I figured I’d use the Commonwealth one for the Prince’s stand to balance the side opposite Boye. 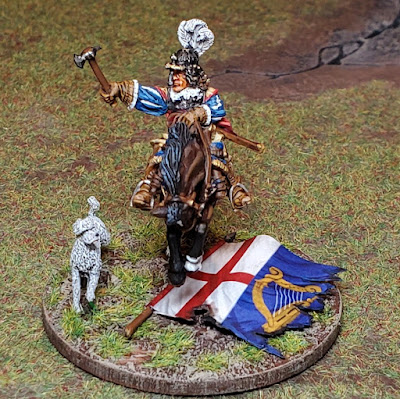 Although the Cromwell movie shows Boye as a rather small sized dog, in actuality he was a full-sized hunting breed of Poodle. His hair is very nicely sculpted and only requires a light dry-brushing of white over a darker base. 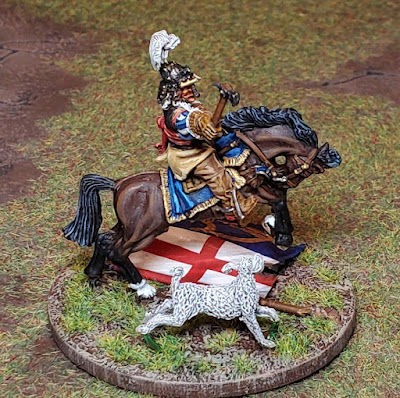 The superstitions and propaganda at the time made Boye out to be something of a demonic familiar who could change shapes and even catch bullets in his mouth. Sadly, he met his end at the Battle of Marston Moor when he broke free from the Royalist camp during the battle in search of his master who had taken flight. A woodcut of the time shows him dead on his back with a Parliamentarian musketeer having apparently shot him. 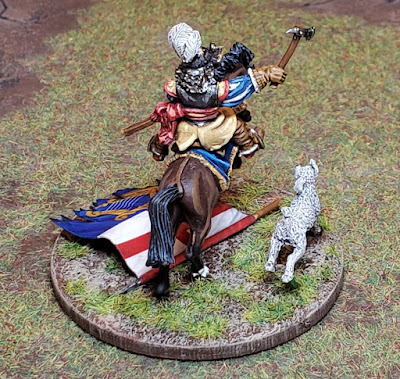 The Prince himself survived the Civil Wars and eventually returned to England under the Restoration where he held several posts, including General at Sea and Land in the Royal Navy. 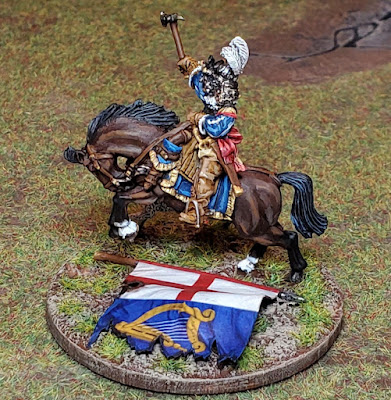 The Scots Covenanter officer is a generic figure and will likely command a battalia. I didn’t want the nice Covenanter flags go to waste so used a couple of spare pikemen figures with hands slightly modified as standard bearers. 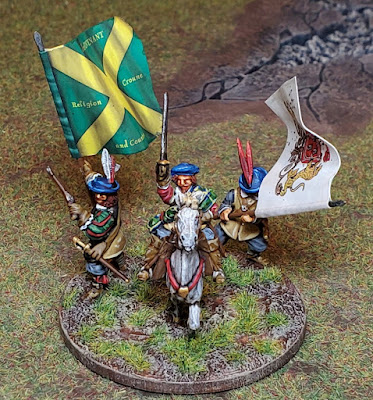 The guy holding holding the white Aberdeen Militia flag uses arms from the Firelock kit. I cut off the musket and used a file to groove out the hands to hold the flag pole. Pretty quick and easy since the figures are plastic. 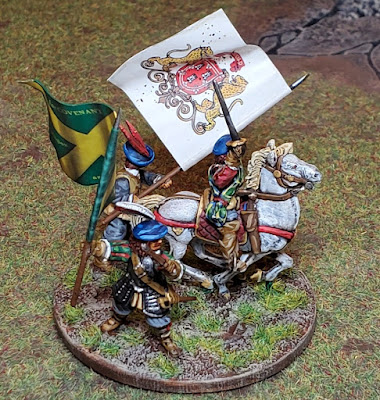 I don’t think the Aberdeen Militia fought in England proper, but did fight against the Marquess of Montrose at the Battle of Aberdeen. I just liked the look of the flag with the arms of Aberdeen. The green one with the yellow cross is a generic one. 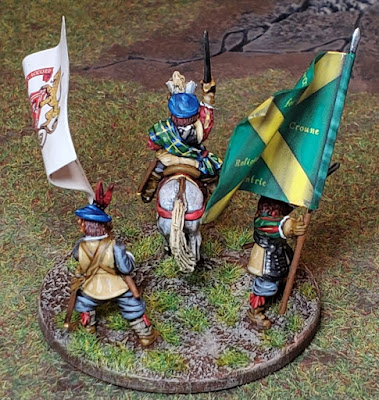 The Warlord Games Pike & Shotte plastic foot sets have several spare paceman bodies, but all the arms are used. However, the Firelock sets have two pairs of arms for each figures, so you could use those arms – modified as needed. The guy holding the green flag uses spare arms from a command sprue. 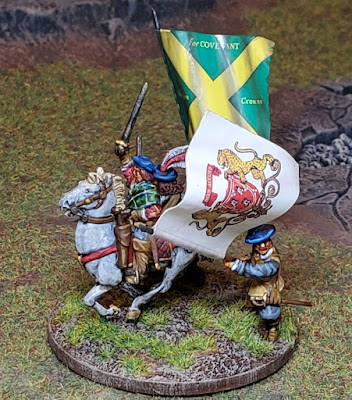 Next up are some Perry cannon which just arrived in the mail yesterday. Only took about a week and a half to get here. Until next post, wishing you all the best and good health.