6. Januar 2019Blogs INTComments: 0
A little later than planned – Happy New Year!
Last year was pretty slow on the painting and gaming front, a good summer and a DIY filled winter broke the habit and with a new job which seemed to eat into the spare time my paint total was just under 100 figures almost half what I completed in 2017.
So this year a concious effort to get more hobby time in.
I have given myself a challenge to make 30 mins every game hobby time, be it reading, painting or updating the blog. A wargamers fitbit 🙂
5 Days in and it’s going to plan with some prep done for the latest batch of recruits for the Haiti campaign and this petrol station completed from Gale Force Nine for Team Yankee. 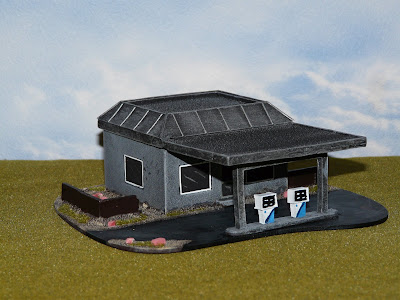 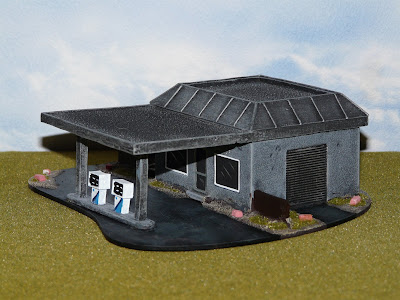 OK it was ready painted but I picked it up cheap because the roof was broken, it definately looks better on a base and with the pumps given a corporate make over.
It will be a good fit for the Modern Russian scenario’s or 15mm sci-fi games. 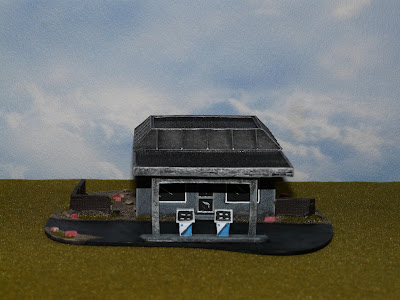 So having had a chance to think about the year ahead what do I see on the wargaming road map.
The on going campaign using Ghost Archipelago is gathering pace, it’s the perfect game for an evenings entertainment, having picked up a couple of extra books over Christmas I plan on expanding this out and increase the faction sizes with a couple of extra’s from Black Scorpion. Our midweek game saw players gain an extra recruit more on that in the coming days. 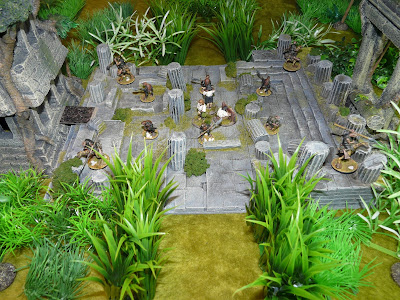 Haiti Campaign.
The campaign map is complete, the forces worked out and a number of players at the club press ganged into taking roles. I plan on updating the map movement via the blog, that should help with the page views.
It has a little bit of poetic licence with players taking the part of characters from the different stages of the war, but it is perfect for Sharp Practice, Haiti gives you so many options, Slaves vs British, British vs French, Spanish vs French, Slaves vs French, etc, etc…
I have a couple of Pbem spaces available if anyone is interested?

Fantasy Battles.
Whilst left unsupervised this morning I committed to Fireforges latest Kickstarter – Forgotten World their zombie villagers will be great for the Elizabethan project and coupled with Warlord’s new rules this looks like it might be year of swords, shields and zombies…

Thanks for dropping by over the past 12 months and passing comment, plenty more to come this year as I try and reach the summit of lead mountain.