What a Tanker! Wash and Go 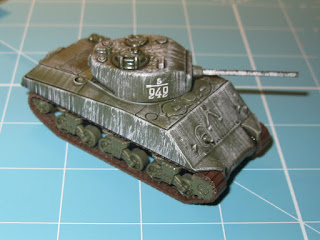 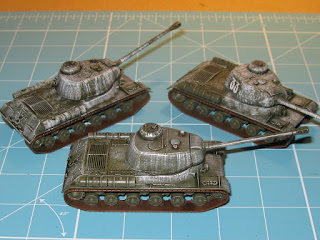 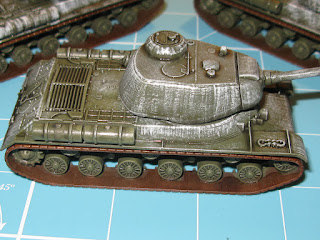 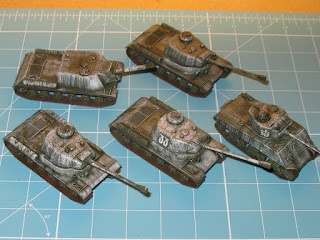 I took David Manley’s sage advice (Thanks David) and gave the camouflaged tanks an overall wash in the same Gryphon Sepia, Nuln Oil and Future wash that I used on them before I applied the whitewash effect. The end result looks loads better and, with a bit of Nuln Oil pin washing in the various nooks and crannies, I’m now ready to add some weathering and final details.

Unfortunately, I stuffed up two of the Shermans in the process, so they’ve gone to the great tank park in the sky, which is a shame but not something I’m too annoyed about as they can easily be replaced. I’ll aim to finish the remaining tanks off over the rest of the week, by which time I should have some Panzers to start on, as well as a couple of Soviet T34’s. Za Rodinu!