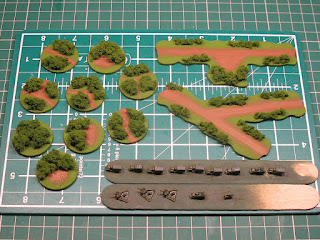 I’ve been working on some ground targets for the Football War project this afternoon, although they some could also be used for the Alto Cenepa project as well. In the Wings at War system, you get to deploy a number of 30mm round targets to represent troops, vehicles, positions and the like, as well as some conflict specific targets such as bridges in MiG Alley or airfields in Flames Above the Falklands. I thought I’d need both types of ground targets for the Football War project but have focussed for the moment on the tactical military ones. 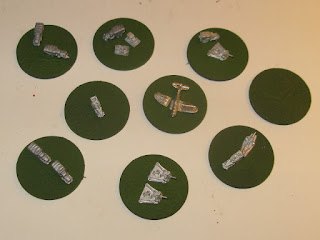 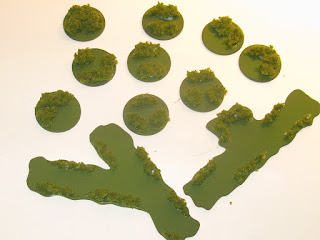 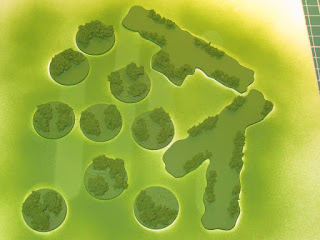 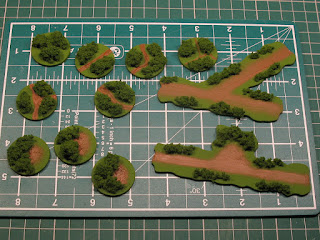 In my background reading, most of the ground targets in the Football War were enemy troops, artillery and vehicles, although airfields and oil plants were also attacked. I decided to make most targets generic military units, so have painted up some Oddzial Ozmy WW2 US trucks, half tracks and 105mm howitzers to represent both side’s forces. I’ve also made two airstrips using bocage terrain templates from ERM, which will eventually get some parked aircraft or something similar. I’m hoping to finish the whole lot off tomorrow, when I get home from work.