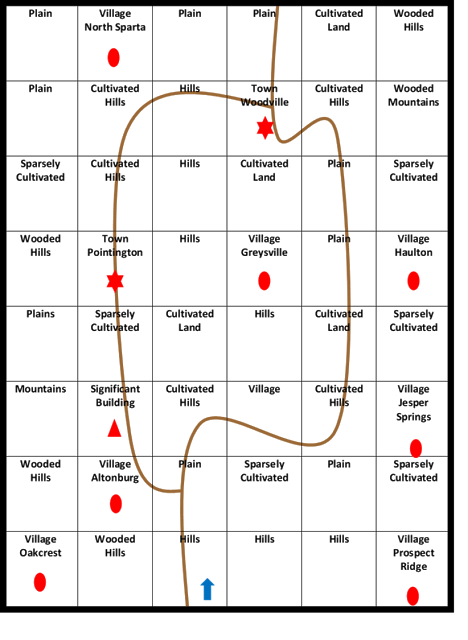 31. Oktober 2017Blogs INTComments: 0
On the back of one of the Wyvern’s all day bashes a number of us have decided to embark on a short ACW campaign to keep us busy over the winter months and ensure the painting tally for the year continues to tick over.
I have been reading the Too Fat Lardies Campaign Suppliment over the summer and it has a number of areas of interest which might make some of the club games more interesting, as there will be consequences at the end of the game.
With 3 players per side the original map and suggested forces was a little to small, so I have increased the map to double that in the suppliment and supplied each side with roughly 180 points to select from. I have kept to the principle by putting a central road in but by splitting it should give commanders a challange on how to cover the terrain on the map.
It’s late in the War and the Confederates are on the defensive, the Union forces enter from the Blue Arrow, can they defeat the Rebel command? 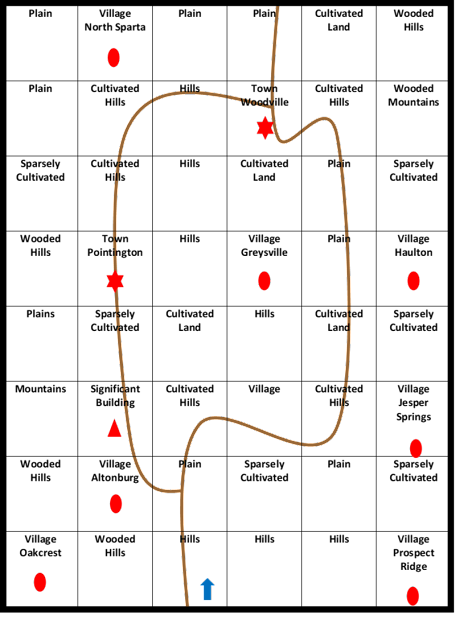 As we speak players are totting up points and force combinations before setting off on their respective mission.
Campaign updates will appear on the blog when intelligence is open to all, commanders will recieve their own updates via e-mail.
Stay tuned for more.