It’s been almost two weeks since the last update, but I’ve been plodding my way through a rather large unit of Highlanders for my Anglo-allied force for the Hundred Days campaign.
This unit represents the 92nd Regiment of Foot, the Gordon Highlanders, that were part of Pack’s 9th Brigade of Picton’s 5th Division during the campaign.

It was madness really to decide to do a large unit in kilts after all my previous Anglo-allied units were much smaller and it’s one of the reasons for the delay between posts! 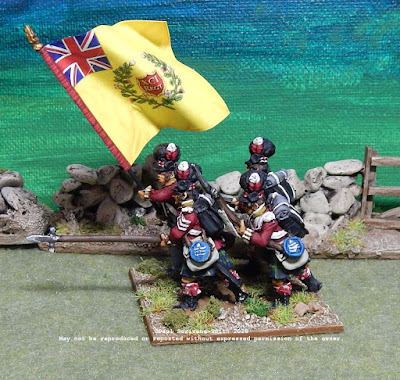 The standard is from the Victrix flag sheet, but is the wrong one for this unit, being instead that of the 91st Foot, I’ll likely change it at some point in the future, but for now at least it’s the right colour. 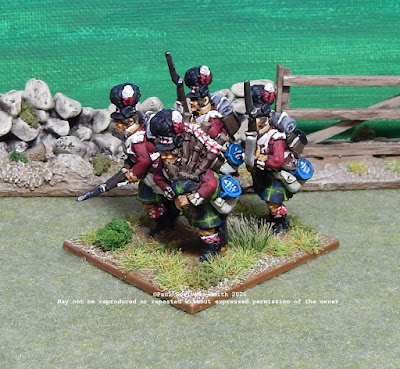 Painting the kilts was actually rather easier than I thought it would be, and, I’ll put together a blog article with the steps to do this. I think the detail on the stockings and bonnet is probably more of a fuss than teh kilts. 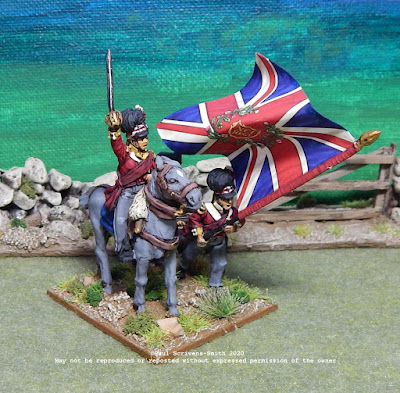 I also added a couple of bases of skirmishers to the unit to add to the brigade screen, a pair of them are from the Highlanders charging, flank companies pack but the other two are lovely Paul Hicks sculpts. 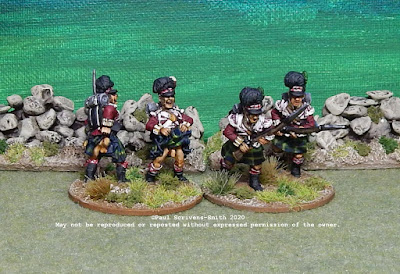 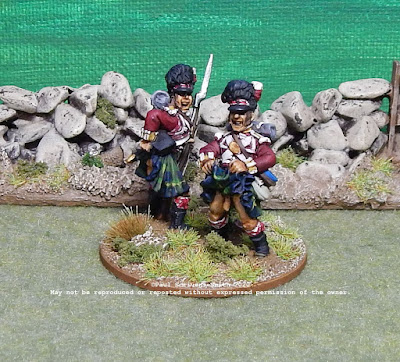 This pair of cheeky laddies are doing sterling work keeping the French skirmishers at bay. 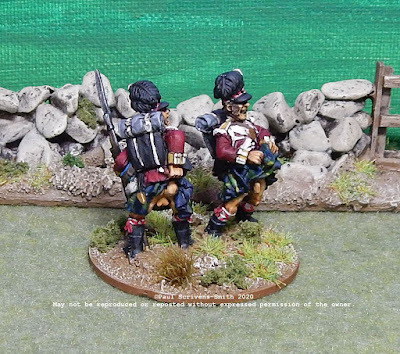 Now it’s back to painting more mundane infantry with a Hanoverian Landwehr battalion on deck at the moment.