Battle Ravens a Viking Board game by Dan Mersey 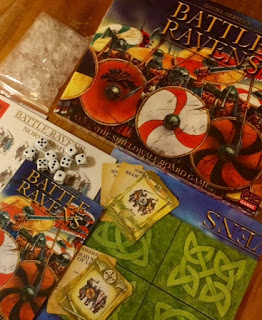 As  most of you surely know by now my matey Dan Mersay have designed a viking inspired board game called Battle Raven, it is now up on kickstarter so please have a look and support his project.

The Ideea to Battle Raven Dan got when hi was here in Sweden when he and I was visiting a bunch of viking museums, good inspiration as it seems.

I have been fortunate enought to get a pre-production copy of the game so I thought I would show you some pictures of the stuff in the box.

Must say it all look really good awith the Peter Dennis art work, even the units look good, must admit I had a slight problem with using paper standees instead of minis at first but it worked and looked good when set up.

Included in the basic box are:

The Kickstarter Strechgoals hopefully will add so you get more in the box, like tactical cards, mounted gameboard, extra dices etc.
The concept of Battle Ravens are two shield walls lined up and clachung in a frenzied battle where you as the commander of your shield wall have to micromanage the resourses you have to your disposal in the form of Raven tookens.
The Raven tookens you will use to move around your troops to strenthen parts of your shiled wall and to attack and to defend. If you put to much focus on one part of your shield wall a cunning enemy will exploit your weakneses and may be break your shiled wall with the help of the goods. 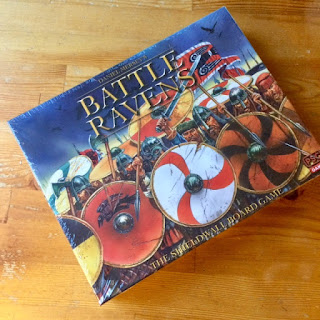 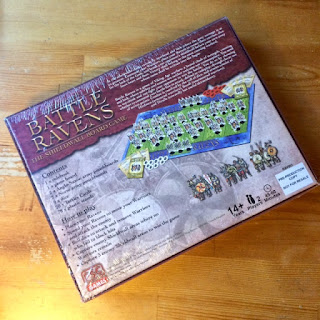 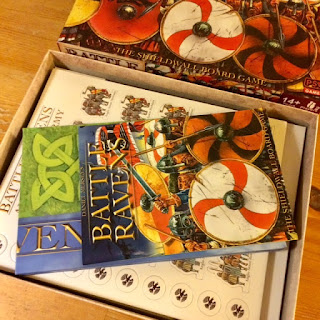 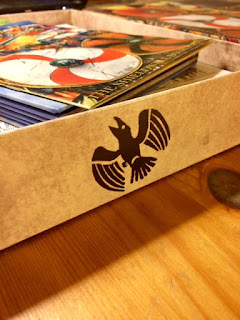 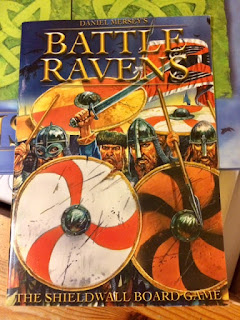 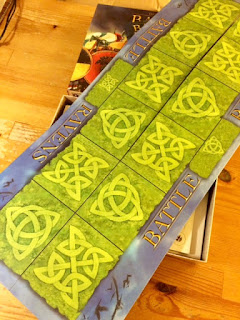 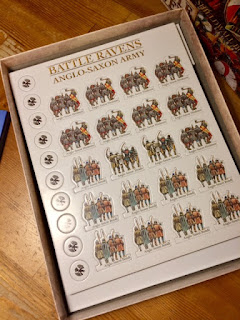 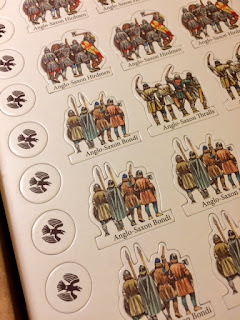 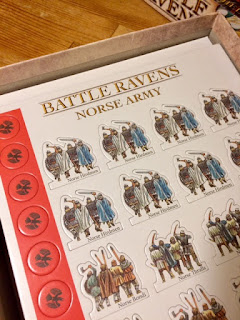 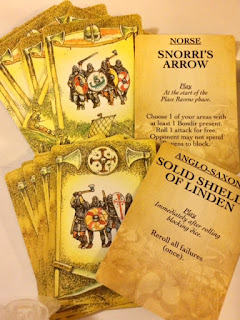 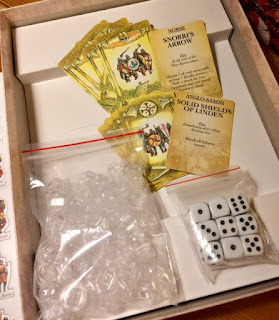 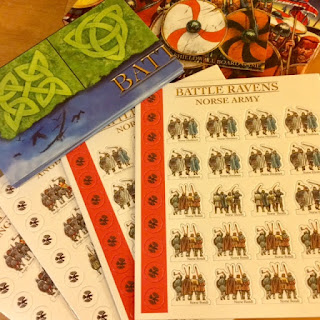 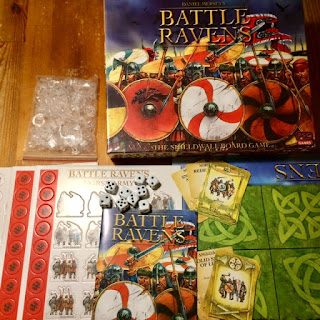 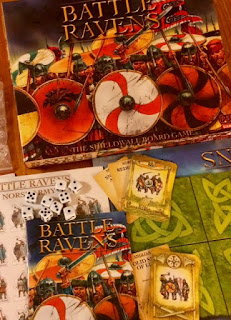 The rules in them self are fast and easy to learn so you can totaly focus on how to get the most out of your Ravens and Troops to win the battle.
I have had a couple of testgames with my son David 9-years old, it worked very good even if the gamebox state from 14 years, David had no problem to get the rules, he even defeated me the 3 times we played… must be something wrong on the dices… 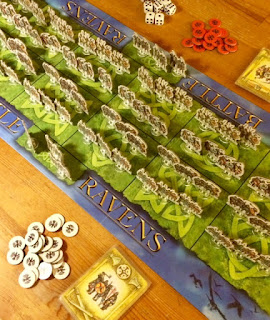 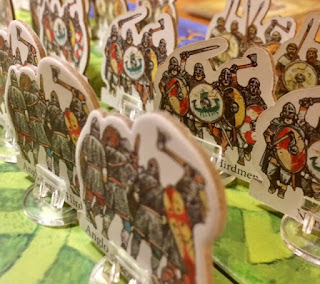 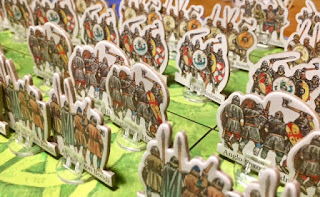 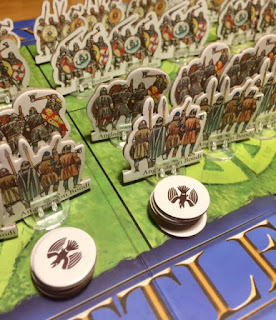 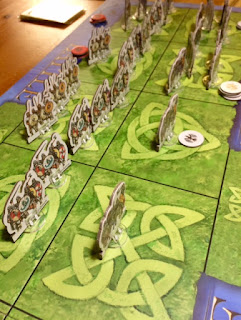 So if you feel up for a interesting and fun viking battle game be sure to sigh up to the Battle Ravens  kickstarter, the basic pledge are £30, normal retail cost £35 and you get an extra Scottish army worth £11 without any extra cost.