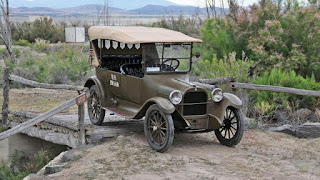 I have some of the excellent Shellhole Scenics vehicles for the American Punitive Expedition including a couple of trucks and a Jeffrey Quad armoured car, but as yet there are no models available to use as 1916 Dodge Touring Cars. These were the standard light vehicles used by the American army in pursuit of Pancho Villa, rather than the Model T Ford as you would have expected. They were so useful that several hundred were eventually supplied over the course of the operations in Mexico and Pancho Villa was so impressed that he even had acquired one for himself. 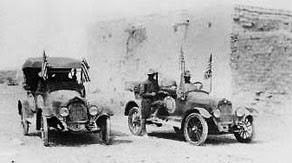 I thought it would be a good idea to try and locate a suitable 20mm or 1/72nd scale model to use in skirmish scenarios, including the Patton’s First Fight scenario from the Fistful of Lead:Viva La Revolucion! supplement. They aren’t really needed for the scenario itself but would be great as terrain cover features and would be handy for other games too. However, this was less straightforward than I thought, with no wargaming manufacturer apparently making what I am looking for, so I decided to check out diecast toys instead. 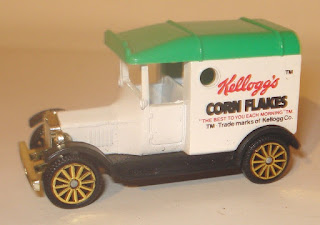 After a fairly extensive search on eBay, the best I could come up with was a Corgi Model T Ford van, which is roughly 20mm and could be the basis of a conversion, cut and shut job. If I sawed off the van bit and rebuilt the open back seat part of the body in plastic card, I might have something not too far off the Dodge Touring Car. I could even cover up the back end with a canvas hood adapted from the plastic roof if it looked too rough and ready, although it would be nice to have some interior detail or at least some seating. I’m not sure it would be worth all the effort to be honest?