Dusting off some old favourites… AVBCW.

28. Oktober 2017Blogs INTComments: 0
A little behind on postings, so much for winding down in my notice period at work 🙂
Another 3 years have passed and time to dust off the AVBCW Collection, every now and again its good to revisit Worcester in 1938 and the exploits of Harry Doyle and Severn Riverside Wharf Labours Federation and the Astwood Defence Association. 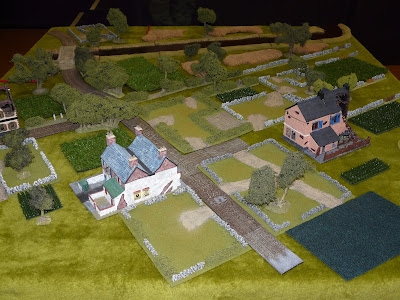 Over the years I have used several rule sets, Operation Overlord, Flying Lead, Mud and Blood and in this encounter – Chain of Command.

Major Bert Shedwhistle a senior leader in the Astwood Defence Association feared for this parish. They had guarded their parish boundary from „wrong’uns“ and had cooperated with the authorities when required to do so. But as the war pressed on where they backing the wrong side?
A small detachment of troops were sent on a mission to secure valuable supplies in the shape of a lorry full of Rifles and Rations, the driver and guard were soon over powered and the lorry driven to the bridge were they were to meet the canal boat which was to ship the weopon cache back to the parish. 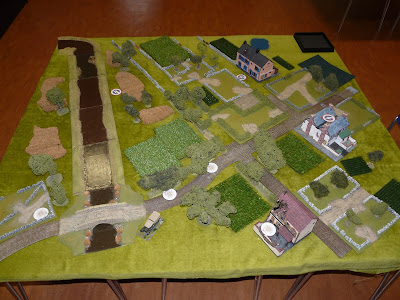 The night passed without incident but at dawn on the Sunday morning government forces were spotted advancing through the early morining mist. Bert mustered his me they had to hold on until the boat arrived.

The scenario was a flank attach with the ADA having to hold out and break the morale of the attackers before their own morale fell, with both forces packed out with conscripts the force morale were both under ten. 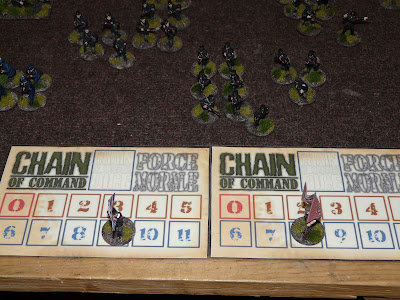 The ADA form up and deploy amongst the trees and hedge rows to protect the lorry from the advancing government forces. 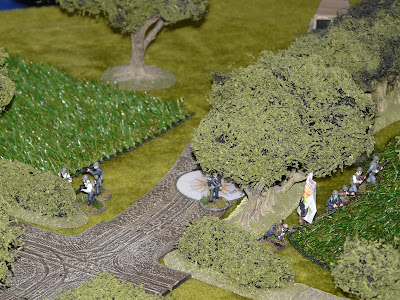 Meawhile the Police appear on the Kidderminster Road lining the stone wall armed with a rag tag collection of rifles and pistols they would be hard pressed against the machine gun armed ADA. 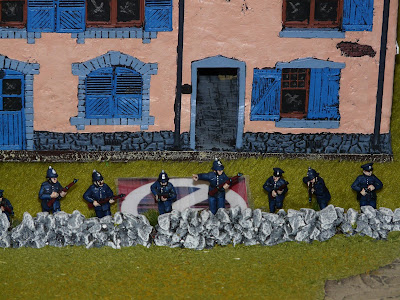 A BUF Heavy Machine gun deploys in the two story farm house, by accident and much to my frustration the bedroom window covered every firing aspect where the ADA could deploy it was to be the match winner and proved the value of picking support weapons when drawing up your forces. 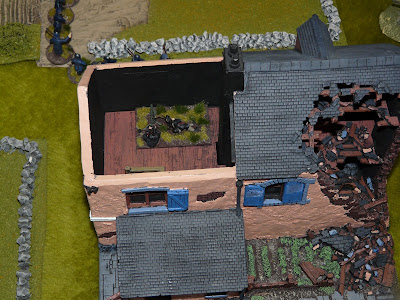 An Astwood fire team deploy but becomes the first victim of that flaming gun team, appearing on table it got caught by the HMG team on overwatch and is soon pinned, losing two men and being forced to ground. 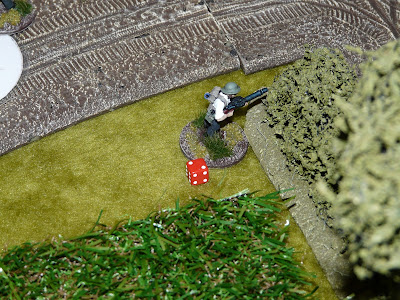 The ADA get a degree of revenge catching a group of BUF thugs in the open as they ran from the wool shop to try and get a better angle on the defenders. 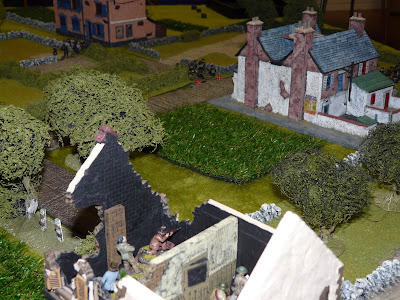 With the HMG keeping the defenders heads down the Government and Polce units advance across the fields. 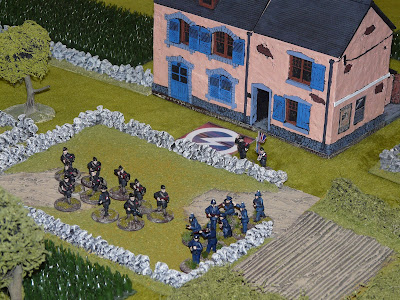 Things were not going well for the defenders a well timed ambush using a CoC dice inflicted minimal casualties as they attempted to withdraw the HMG cut them down…. 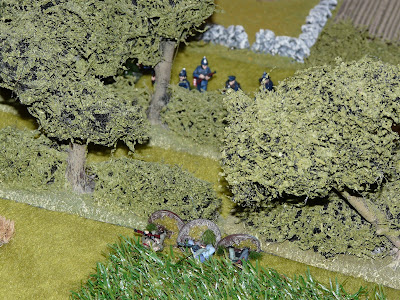 The Canal Boat arrives but the BUF are rushing towards the tow path. 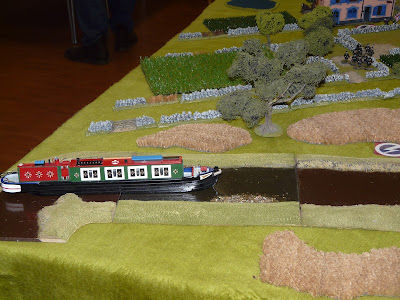 As the Boat makes it painfully slow progress down the canal the police pour fire into the defenders, they had now flanked the men body of defenders and were pushing across the wheat fields. 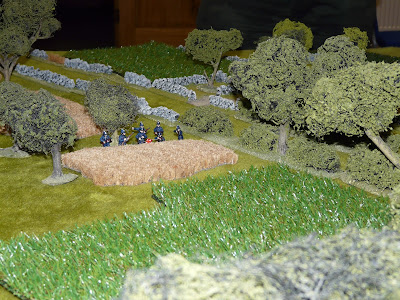 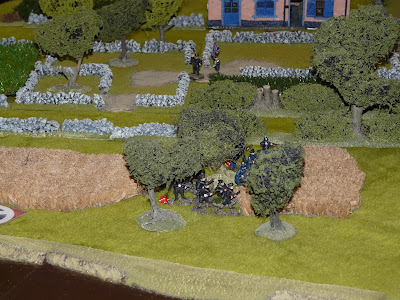 As a final insult as the perimeter guards full back from the strong point they are caught by the HMG in the open, who inflicts enough shock to pin them and pushing the Ashwood Defence Associations forceir morale below zero. 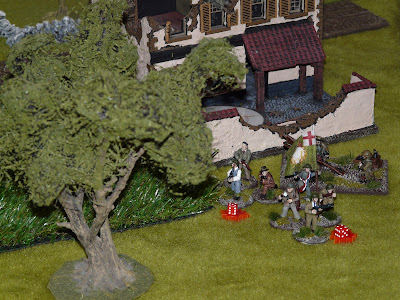 Today’s lesson….. When a HMG is deployed keep your flaming head down unless you want it shot off……