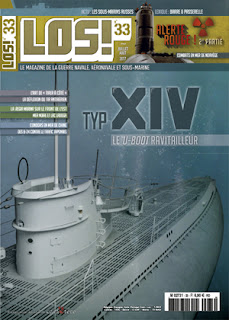 It’s time to raid the local newsagent again, in search of more cool French military history, aviation and wargaming magazines. This time I have only grabbed a copy of the latest edition of Los!, which is particularly good as it has an article on Italian Navy coastal forces on the Eastern Front, which is really interesting.

I didn’t know, for instance, that there were operations on Lake Lagoda by Italian MAS boats based in Finland against Soviet coastal convoys. There’s obviously loads of potential for scenarios there, let alone in the Black Sea. At last, I have a good use for my Skytrex MAS boats and Soviet MTB’s!

There’s also a lengthy article on the Cold War confrontation between NATO and the Soviet navy in the Norwegian Sea and another on B-24 Liberator anti-shipping strikes against Japanese shipping in the CBI, which would make for some interesting Bag the Hun gaming. Good stuff!