9. Oktober 2017Blogs INTComments: 0
This is the last of the three units to be built from the Perry European Infantry 1450-1500 ‚Mercenaries‘ box. These are again painted up in simple livery – red and white, which appears to have been a somewhat popular color combination, as not only the Holy Roman Empire city state of Lübeck wore them, but some Italian cities also. 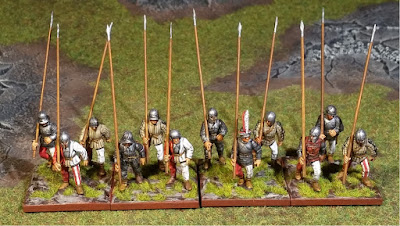 The pikes are angled back so that they will clear the low profile drawer that they’ll be stored and transported in. 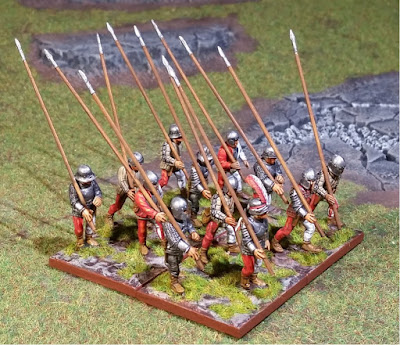 Just 12 figures, enough for one more unit for Lion Rampant games, but they should add some color and flavor to the table. It would be neat if this set came with enough pikes for all 40 figures. 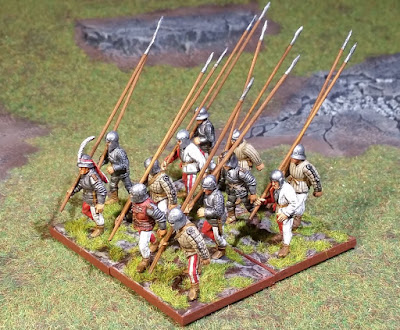 As these are pikemen, they all wear some type of body armor – plate, brigandine and padded jackets. 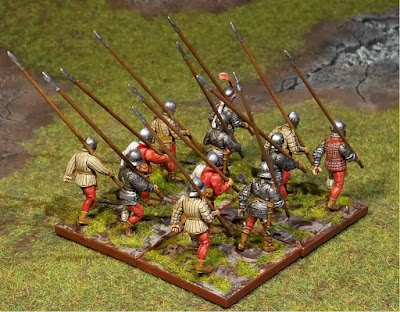 They pikes would be part of Edward IV’s army for Barnet or Tewkesbury, and possibly in Henry Tudor’s force as Frenchmen in a Bosworth scenario. 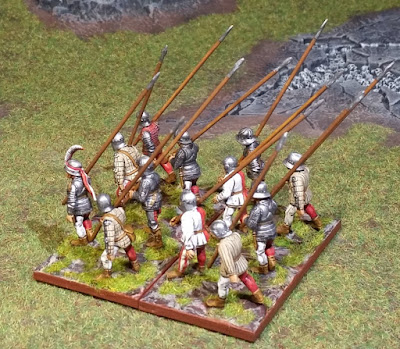 There are 4 leftover figures which I may use to flesh out artillery crews for a pair of cannon that I picked up at the Lion Rampant game day. My buddy Ron sold me, dirt cheap, two WotR cannon, but they only had a couple of crew each. He also threw in mounted WotR characters – less horses. Perry sells separate plastic WotR horses, so this will not be a problem if I get around to painted them.

Thanks for stopping and hope you all are enjoying the hobby!