Rocketeers over the Reich Report 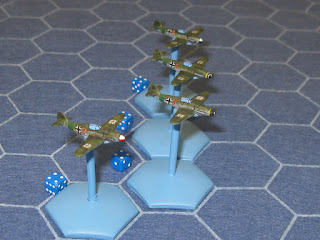 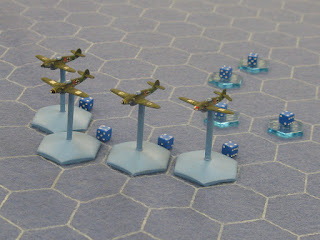 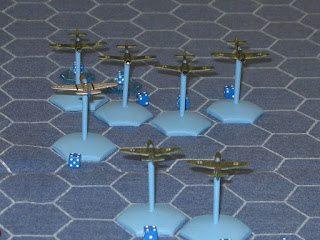 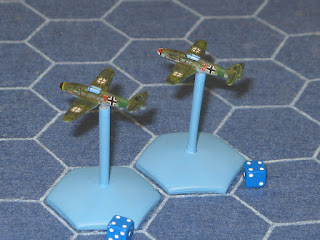 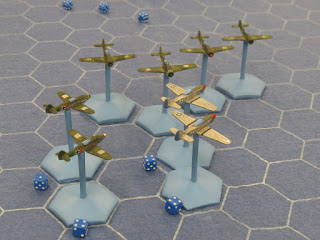 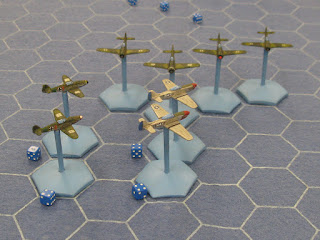 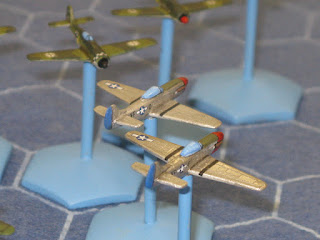 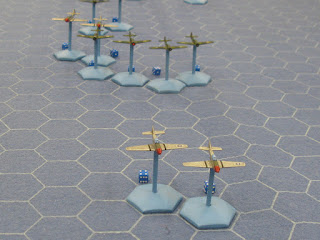 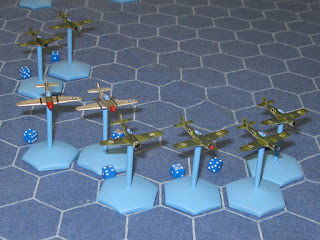 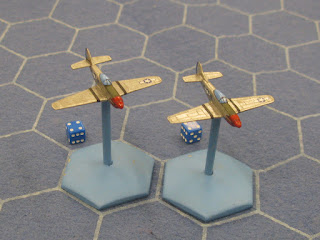 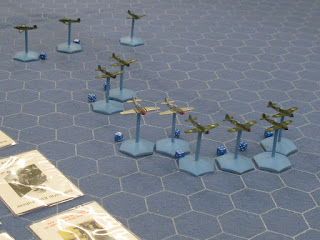 The Bag the Hun 2 game this evening was a qualified success, ending in a narrow victory for the Luftwaffe, overturning the historical outcome completely. The rules for cloud cover and visibility worked well, although I had forgotten to think about auto spotting which caused some frustration when I decided to not allow it. This slowed down things to start with but didn’t adversely affect the game in the long run.

A big surprise was the early shooting down of the USAAF Junior Ace and Squadron CO, Captain Fred Glover, who parachuted his way into captivity in Stalag Luft IV. The decision to limit the USAAF to a single unit Move / Fire card thus meant that the USAAF players were restricted in their options, so I added in a special ‚Rocketeers‘ card from a previous scenario, giving them a bonus Move / Fire option for one formation.

The Luftwaffe also had to deal with some painful losses including an exploding Bf-109K and a couple of others badly shot up and forced down, thus adding to the Victory Points for the 336th Fighter Squadron. In the end there was only half a dozen points difference between the two sides, so I think it was really a draw. I’m sure that I can fiddle with the scenario set up to produce a more accurate historical outcome but I think everyone enjoyed it anyway.