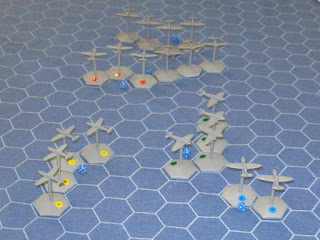 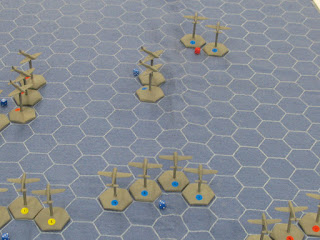 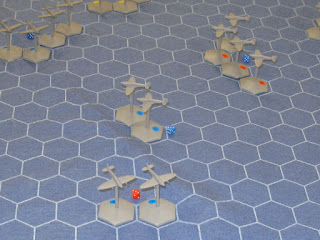 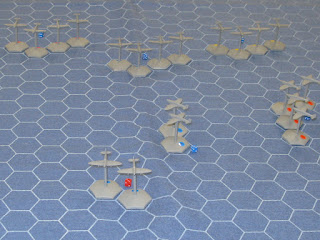 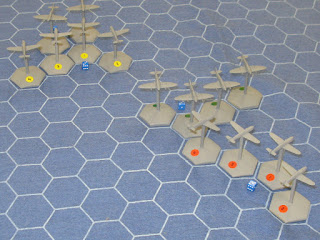 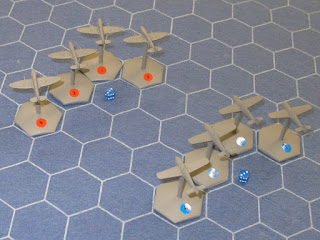 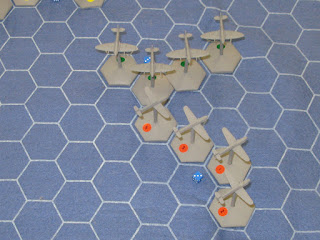 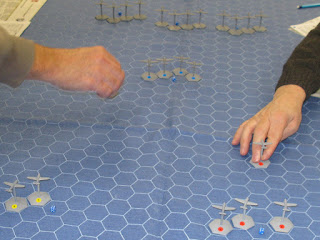 The playtest of the scenario for the Lard Day Bag the Hun game, ‚Sinker Saves the Day‘, went really well yesterday, with some very positive feedback from the players and some proper dogfighting action all the way. In the end the RAF won, with four German fighters downed for the loss of only two RAF Spitfires, although the main character in the game, P/O ‚Sinker‘ Armstrong was forced off with engine damage in the second turn! I didn’t get to use the special cards either, which was a bit of a shame but just shows that the scenario is nicely balanced as it is.
There are only a couple of tweaks needed including double checking the card deck, as I mixed around two of the Luftwaffe units by mistake, and limiting the time that players have to decide on their manoeuvres to no more than a couple of minutes, perhaps by using an egg timer or stopwatch. It’s now a green light for the scenario and so I can crack on with painting up the aircraft. I’ve got a month to hammer this including a few days of holiday, so I should be able to get it done in time.
Tally Ho!