Terrain for What a Tanker! 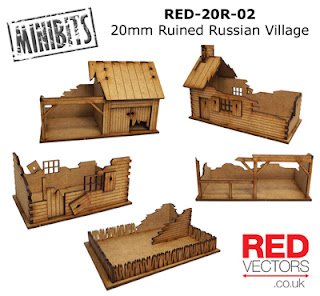 I have a desperate shortage of decent terrain in 20mm, as it’s not a scale I normally game in, so need some bits and bobs to litter the battlefield with. I’ve chosen the Eastern Front in Winter for my games and will be using my snow cloth and river sections, but need at least one bridge and some sort of settlement. I also need to base up some trees, make some fields and build some proper road sections. I can improvise some of these things but want to put together a decent collection of scenery over time. 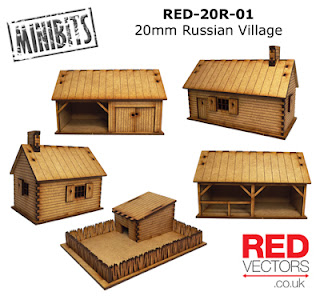 For buildings, I’ve been looking at two possible options, both of which would do the job for minimal expense and effort. The first is a set of five Russian village buildings from Red Vectors, which you can get on both standing and ruined form. The second is a series of three or four intact Russian village buildings from Blotz, together with some of the Blotz rickety fencing to break up lines of fire and movement (although a tank might not be too bothered about rickety fences?) 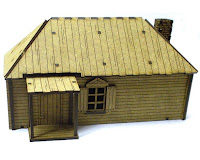 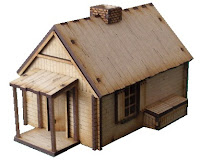 These two both work out at about the same cost and would be perfect, although I can’t help feeling that I could scratch build some ruins if I put my mind to it, using card and balsa wood. I’ll just have to make up my mind about which option to go for, as I really should be focussed on the other terrain elements that I will be making myself including the trees and roads. I have enough to do at the moment anyway, so the terrain will have to wait a bit longer.