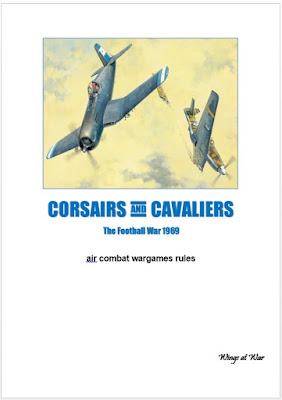 I’ve had some feedback from Chris Russell, author of the Wings at War rules, via Paul Sulley of Tumbling Dice, for the set of rules that I modified for the Football War. The feedback is very positive and, subject to some sensible tweaks for playability and aircraft performance, it could well be added to the Wings at War series as a new set of rules, complete with a starter selection of Tumbling Dice model aircraft.
I have yet to reply to Chris and Paul with my thoughts, as I only received the letter yesterday and haven’t had a chance to go through it properly, but I will get round to that over the weekend. I’m pleased that my ham fisted efforts seem to have been well received and I’m encouraged to have another crack at rules mangling. I also have a good incentive to get the FAS and FAH planes painted too!