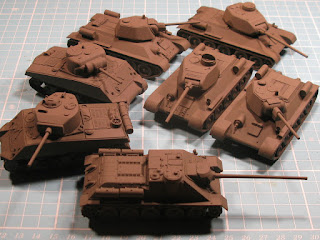 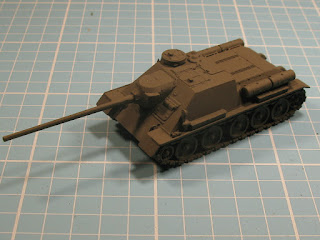 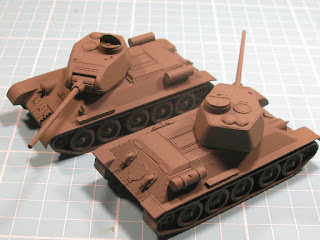 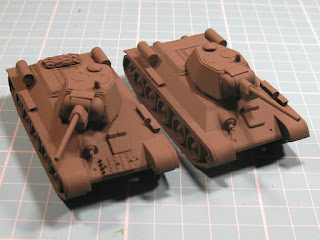 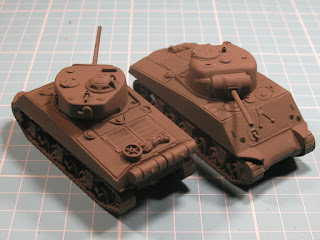 I spent most of today gluing together a sizeable collection of Soviet medium tanks and a tank destroyer including two Armourfast T34/76’s, two T34/85’s, an M4A3 76mm, an M4A3 75mm and a single Pegasus SU-100 to round things off. The Pegasus model is an EZ-Build kit but still a bit more fiddly and detailed than the Armourfast tanks. The tracks do look good, however, as they have a nice ‚droop effect‘ and much better surface detail. I have another one of these that can be built as an SU-85 but not for now as I have more than enough to paint as it is. I will start painting all of these in one batch tomorrow, starting with a wet brush basecoat of Russian Green, followed by an overall ink wash to bring out the surface details. I can then splash on the white winter camouflage!