19. November 2017Blogs INTComments: 0
As part of the fantasy elements for my Kings of War – Wars of the Roses army I decided I’d like to add a Beast of War. These are normally great beasts, like elephants or mammoths with howdahs so I looked around for something suitable.

I plumped for the Reaper Bones dragon turtle, but when playing around with it decided I thought a howdah would probably look pretty silly. However I didn’t give up on it and came up with the idea that the beast would be goaded into battle by troops with spears and pole arms.

Following on from the Pegasus Knight in the last post, this one has been based around Burgundians. It’s been my first attempt at painting standard Burgundian troops. I have a lot more of them to do yet. 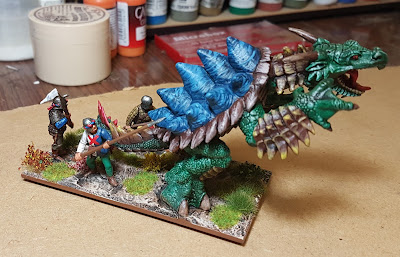 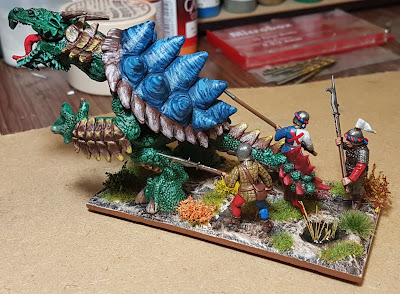 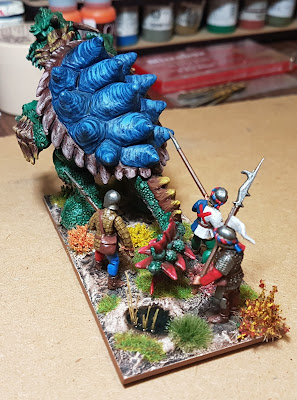 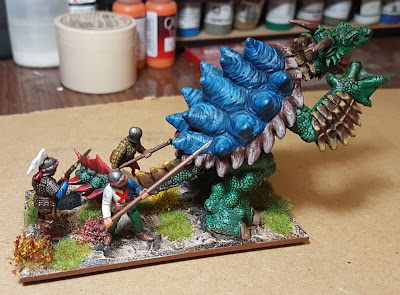 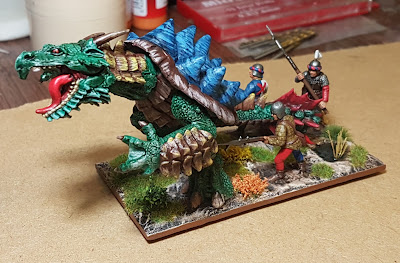