Help needed with a commemorative medal.

3. November 2017Blogs INTComments: 0
Back in 2009, whilst Mr. Putin was readying things for the bicentenary of the Battle of Borodino in 2012, I visited the battlefield. Whilst there I managed to pick up a commemorative medal as a souvenir. 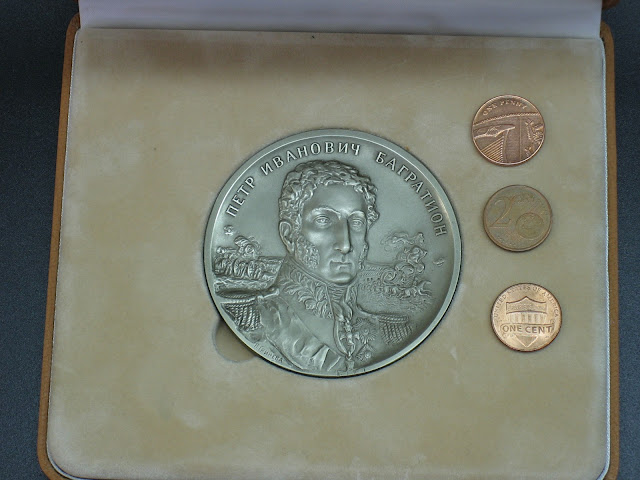 As far as I could gather, from one of the Babushkas in the museum shop, this Bagration / Borodino medal was cast using bronze from a cannon that was fired on the field of Borodino back in 1812, though I think quite a bit was was lost in translation, and it all sounded rather dodgy to me at the time. I can’t remember how much the medal was (my brother-in-law took care of everything for the whole Russia trip) but I have a feeling it was quite pricey. 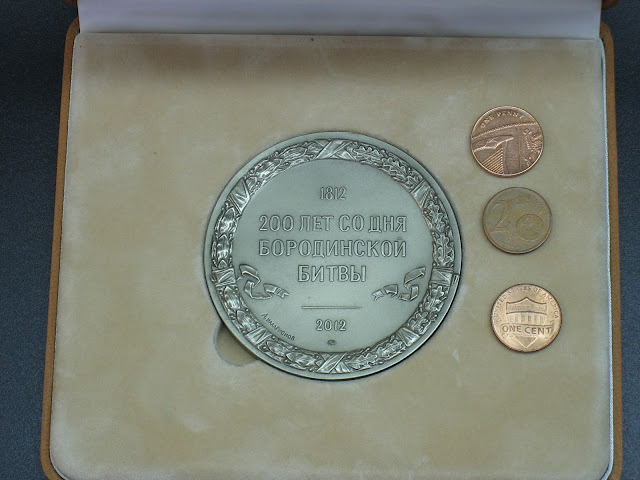 Unfortunately, I can’t find anything about this particular medal anywhere, which leads me to believe it’s either quite rare or quite worthless. If any of this blog’s readers can help me out with the following queries, I’d appreciate it.

1. Was it actually cast from the metal of a gun used in the battle?
2. What is the literal translation of the writing / legend?
3. Does it have anything other than a sentimental souvenir value? 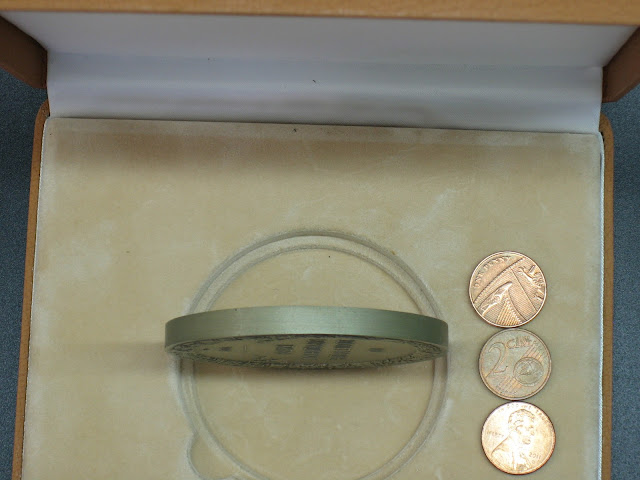 It’s quite thick and quite heavy. I’ve placed a British penny, EU two cent piece and USA one cent piece next to the medal for scale. I’ve also taken a shot of the presentation case it came in, which appears to be wood and leather (possibly leather effect plastic). 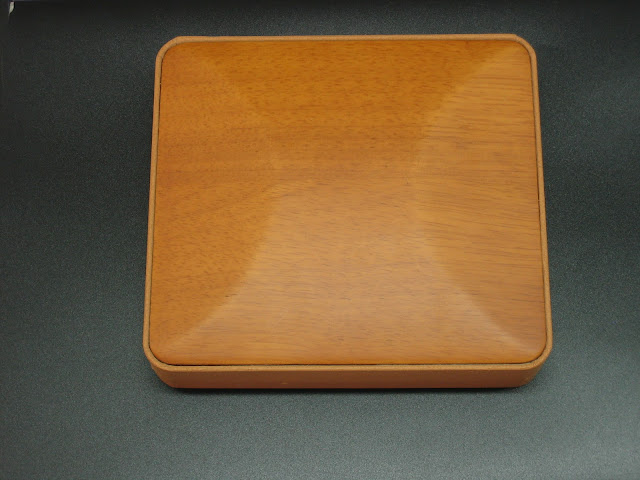