New „For King and Parliament“ Blog

7. Juli 2017Blogs INTComments: 0
I’ll be posting a great deal about the English Civil War during the coming year, so have decided to set up a dedicated ECW blog- it’s called For King and Parliament (the same name as that of the rules Andrew and I will be publishing later this year)- better bookmark it now before you forget!  🙂  I’ve been posting pics, there, of my first ECW units as they go onto my FK&P bases; here’s one as a taster. 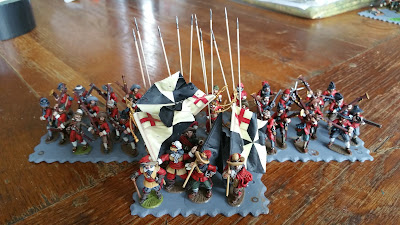 In other news… for the final 48 hours of the BigRedBatShop Summer Sale, I’ve added even more Deep-Cut mats, MDF gaming tokens, bases and victory medal coins. The sale must finish on Friday night!