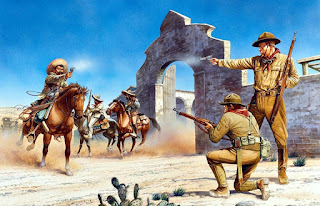 I’ve been reading through the Fistful of Lead: Viva la Revolucion! scenario supplement and working out how to put together a starting force for both the American Punitive Expedition and the Villistas. An obvious scenario to kick things off would be Scenario 10: Patton’s First Fight. This represents the raid by Patton and his foraging party on a ranch where one of Villa’s top commanders, Julio Cardenas, was staying, leading to a brief but bloody skirmish in which the rebels were killed. It’s a small scenario with limited forces, so perfect as a beginning to a larger project. 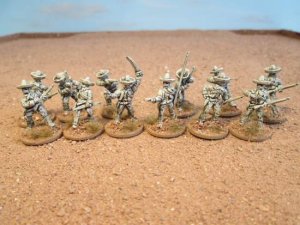 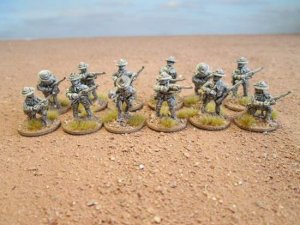 The 20mm forces required for the scenario I already have from Shellhole Scenics, including a squad of ten US Infantry and a contingent of six Dorados, the elite cavalry unit of the Villista forces, the latter both in mounted and dismounted form. In the raid, the small force of Cardenas actually made a run for it on horseback, charging out of the gateway of the ranch in an attempt to getaway. The scenario only has them on foot defending the ranch but I might as well paint up the mounted figures too. I think I may also have a couple of die cast toy vintage cars for Patton to arrive in? 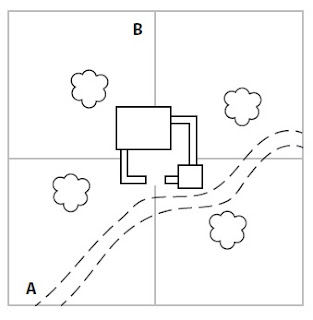 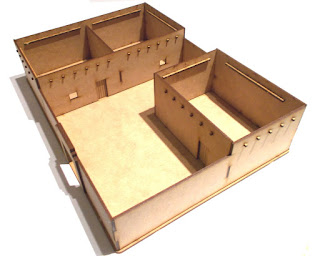 The only thing I need is a terrain square and a suitable 20mm scale ranch house with a surrounding wall, as I already have some desert scatter terrain and can improvise a two foot square board. This can actually be  little smaller as the scenario assumes that you will be using 28mm figures, so I might scale it down to 20“ or so? The ranch can be found in the Blotz 20mm Middle Eastern range, which has a couple of suitable buildings, both with lift-off roofing. These could be used as they are, with one only needing the addition of a small outbuilding to be spot on, although I could change the position of the main gateway to match the scenario plan.
This is definitely a manageable project and would be a good place to start!