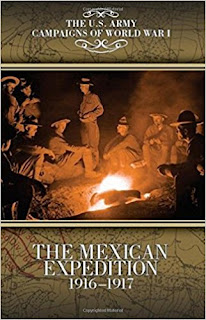 I’m skimming through this US government pamphlet history of the US intervention in Mexico to track down Pancho Villa. There’s a separate volume on the 1st Aero Squadron and it’s role in the expedition, which is also worth reading, even if the aircraft involved didn’t achieve very much. There were several small scale skirmishes between the US troops, the Carranza government forces and the Villistas, including a few which didn’t go so well for Black Jack Pershing’s doughboys. Here’s one for a start, the rather grandly titled but fairly pointless Battle of Carrizal: 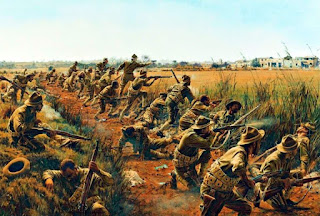 There’s some good stuff here, with lots of potential for some skirmish gaming using the Fistful of Lead: Viva Revolucion! supplement as a starting point. I will dig out the Shellhole Scenics 20mm figures that I have when I get back from my holidays to see what I can do with this project. I have American infantry and some vehicles already but, from the reading I’ve been doing, I’ll need to add some US Cavalry too, probably using the Early War Miniatures figures, together with some Mexican federal troops.