Last Wednesday night Rick and I met down at the club for a War of the Roses Lion Rampant Game. We had identical 24 point foot forces and the objective in the scenario was to secure and hold the bridge. I commanded the Yorkist forces – the attackers in the game, and Rick had the Lancastrian defenders. The Yorkist men-at-arms and serjeants advanced enthusiastically onto the bridge while their longbowmen showed little enthusiasm for movement or action of any kind. 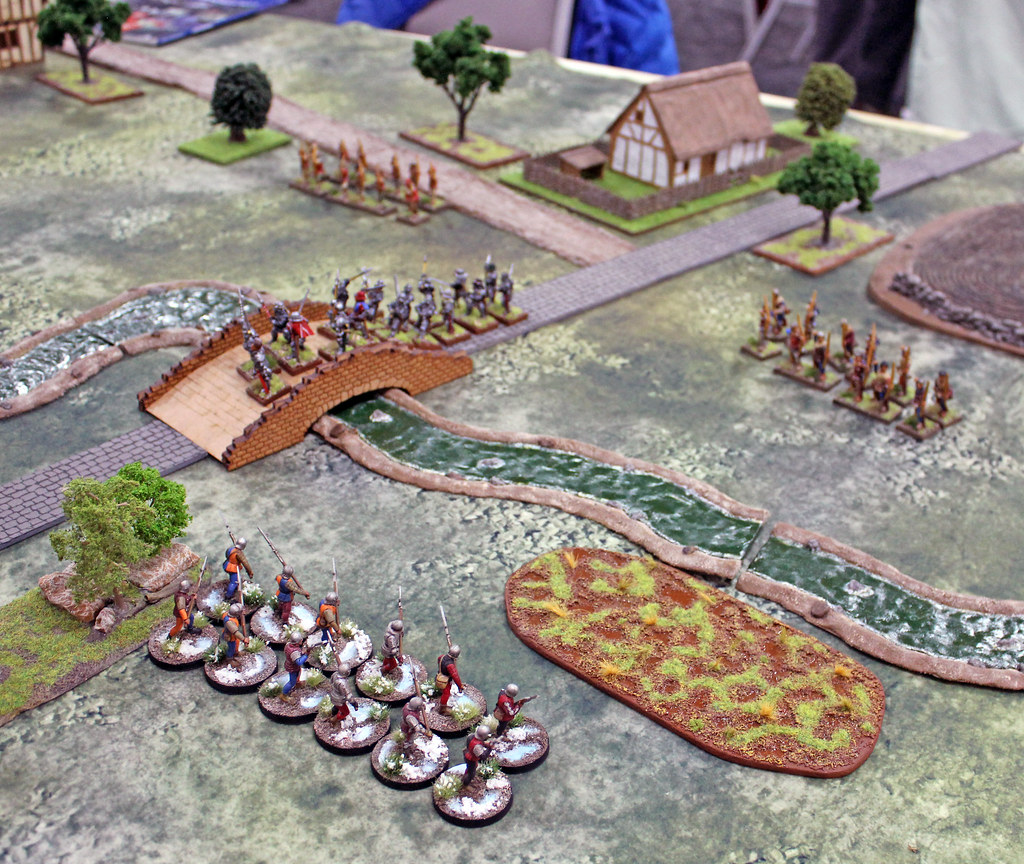